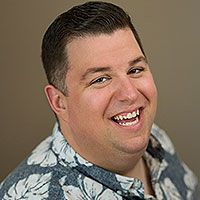 Justin Fray began his radio career in Philadelphia doing stunts and weird voices (go Eagles!). After Philly, he moved to Upstate New York to conquer the country music world. Now, Justin is excited to join the Sonoma County community. He loves cooking, watching cooking shows and considers himself “The Crockpot King.” Justin’s biggest hobby is Netflix. (Yes, that is a hobby.) He also loves reading menus and trying new food. On the weekend you’ll find Justin walking around town, listening to stories from patrons at local bars, all on his pursuit to find the best sandwich and old fashioned cocktail. “I'm basic: good grub and good music.” Some of Justin’s favorite artists include Kenny Chesney, Maren Morris, Midland, and Josh Turner. “Shania Twain and I once hand hugged, it still gives me chills.”

Sue began her radio career on a lark. Her simple request to provide a weekly event update on the air landed her smack dab in the middle of a radio studio and a microphone in her face. More than a decade later, she has fully realized her passion for country music as a DJ for 93.7 The Bull.

Sue's background is in marketing, design, social media and event production and promotion. When Sue isn't on the air, she is working on virtual events and promotions for various clients. It's true - she never sleeps! Her friends refer to her as "a hamster on crack," because of her outgoing personality and never-ending energy that she pours into every project she tackles - that being many. Ooh, look, shiny object!!

Sue grew up in rural Sebastopol on an apple farm, where her love of country music sprang forth. Years of 4-H, FFA and working on the ranch taught her many things, one being that cowboys are hot. Oh, and hard work too!

Though her radio career has been relatively short, she has already interviewed more artists and performers than most broadcasters do in their entire career. Elaina has also become a go-to person in the industry when it comes to social media, speaking at numerous events including the Country Music Seminar. Elaina’s hard work has 3 times gained her recognition from the Alliance for Women in Media with the prestigious National “Gracie Award”. Based in Nashville, she can be heard on over 100 stations throughout the U.S. on Nights With Elaina. Elaina focuses on bringing her listeners as close as possible to Nashville and their favorite stars.

A California native, Elaina Doré Smith graduated from San Diego State University with a degree in Journalism and Media Studies. After working with Entertainment Tonight and The Insider in Los Angeles, Elaina has found her true passion in radio. Elaina is known for her bubbly personality, social networking, singing, her love of Cardio Barre, dog Zoey, and all things Disney. 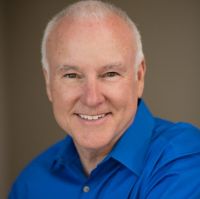 Ted Williams is a familiar face and voice to television, film, and radio. For over 30 years, Ted has played roles in movies, TV shows, and stage productions. And, for many of those years hosting radio shows throughout California and beyond.

Ted started his entertainment career as a touring stage actor, logging more than 750 performances and 95 different roles. One of the parts was life changing, as a disc jockey. It was a natural fit for Ted's already low voice and crazy personality. So, at 21 years old, it was off the road and on to radio stations around San Jose, Ventura, and Los Angeles. After a couple of years, Ted was offered a TV news anchor position, which led to parts as an actor in numerous commercials.

In 1988, Ted came to the San Francisco Bay area where he continued radio, TV, and film parts, appearing in Hart to Hart, Nowhere to Run, A Walk In The Clouds, Shadow of a Doubt, and many more.

In 1992, Ted came to KZST, and then helped begin KJZY. However, 9 years later, after the events of 9/11, Ted decided to get trained in emergency preparedness. It was another life changing decision that pulled his interest from entertainment to emergency medicine. Ted changed careers to help others as a Paramedic on a 911 ambulance and hospital Emergency Rooms.

But, Ted came back to radio a few years later, hosting weekend mornings on KZST. He is now the News and Public Affairs Director for all five stations of Santa Rosa's Redwood Empire Stereocasters.